During our January 28th session we finished two new hiking trails. The first trail, Bonnie & Clyde’s, leaves from the bottom of Fred’s Trail and heads to the west. It winds around the ridge and connects to the second new trail, Ginny’s Trail, which connects to the parking area at the top of the mountain. The route formed by these two trails is an easier alternate route to Fred’s Trail. Here is a temporary map that shows this new route in solid red. We had another delicious soup and bread lunch provided by Roger and Leslie Estep. We can’t thank them enough for their support. 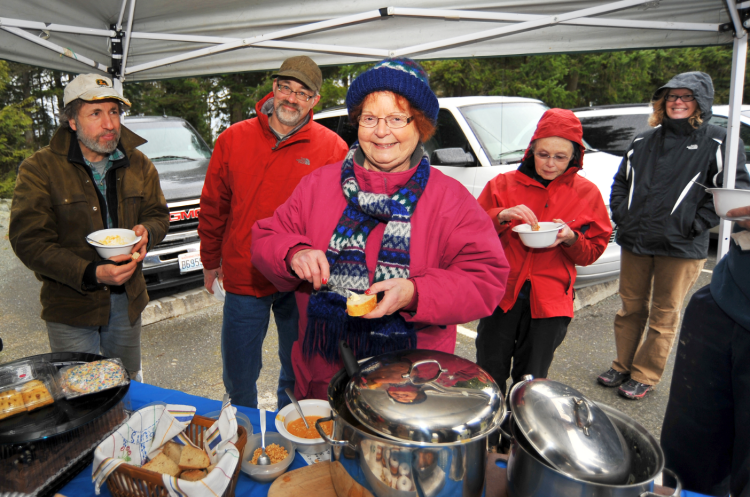 We had a lot of rock and soil to move that session. Fortunately we had a prototype wheelbarrow that has been outfitted with a mountain bike mechanical disc brake. Here Art Tuftee shows how easy it is to control a heavy load of rock on a steep downhill section of trail. Jim "JT" Taylor is a founding member and Executive Director of Skagit Trail Builders. JT is an avid mountain cyclist, retired snowboarder, and IPA enthusiast. He believes that trails and community access to green space are essential for people and neighborhoods to thrive! View more posts